What is ski mountaineering

Ski mountaineering, or also known as downhill skiing, is a ski mountaineering sport that is practiced off the equipped slopes through the use of mountaineering skis. These particular skis are equipped with bindings that allow the heel to be freed, facilitating the ascent, and from the “seal skins“, which is a band of synthetic fabric that is adhesive on one side and covered with textile fiber on the other. Applied under the skis, it allows them to slide forward without sliding back. Finally, ski poles, which facilitate both ascent and descent, are also required for ski mountaineering.

HOW THE ACTIVITY TAKES PLACE

Ski mountaineering at Cima Roma, Madonna di Campiglio, starts at 8 a.m. at the meeting point indicated on the map.

Together with your mountain guide, you will walk one of the most popular ski mountaineering routes in the Brenta Dolomites.

Cima Roma is an easy ski mountaineering route, much of it slightly uphill with views of Val di Non, the peaks of the Grostè massif and Lake Molveno.

It is a route characterized by little elevation gain (+500 m) that starts from Rifugio Stoppani at Grostè Pass, which can be reached by lifts from Madonna di Campiglio. 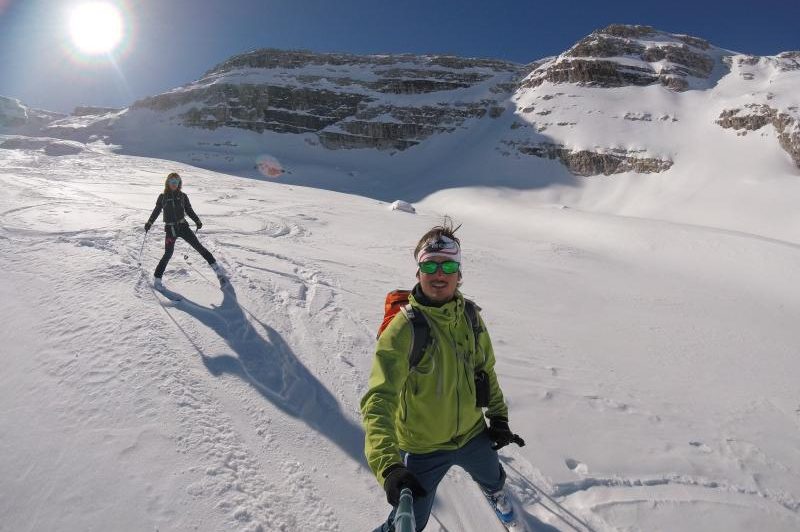 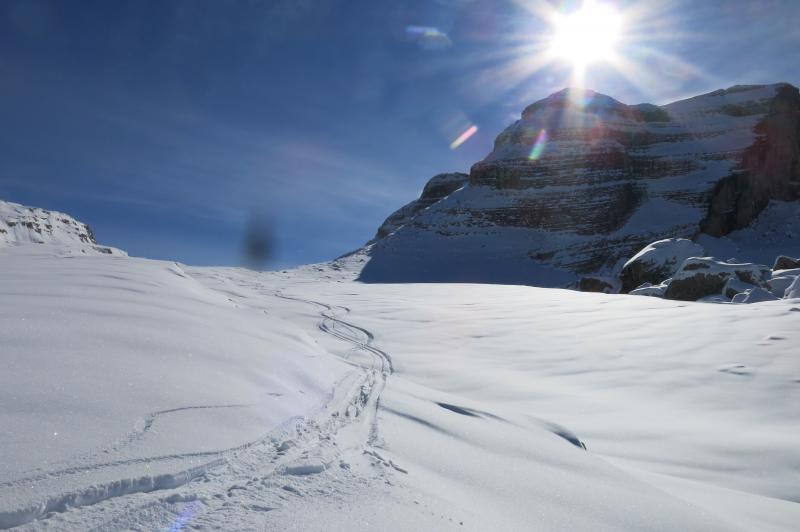 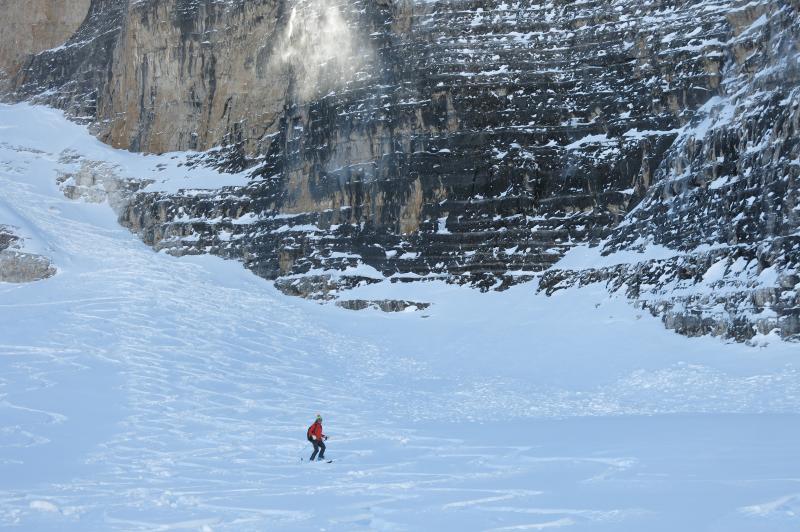 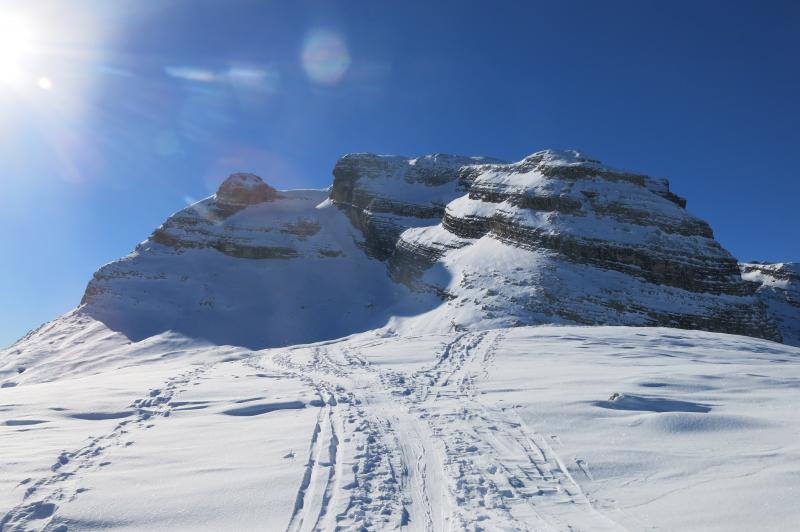 WHO IS THE ACTIVITY FOR

Skiing in Madonna di Campiglio is an activity of medium difficulty, suitable for those with good physical fitness and a good level of skiing on the slope (black slopes). Children 12 years and older can participate. 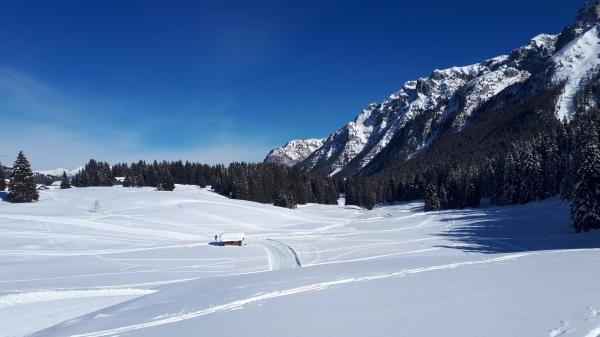 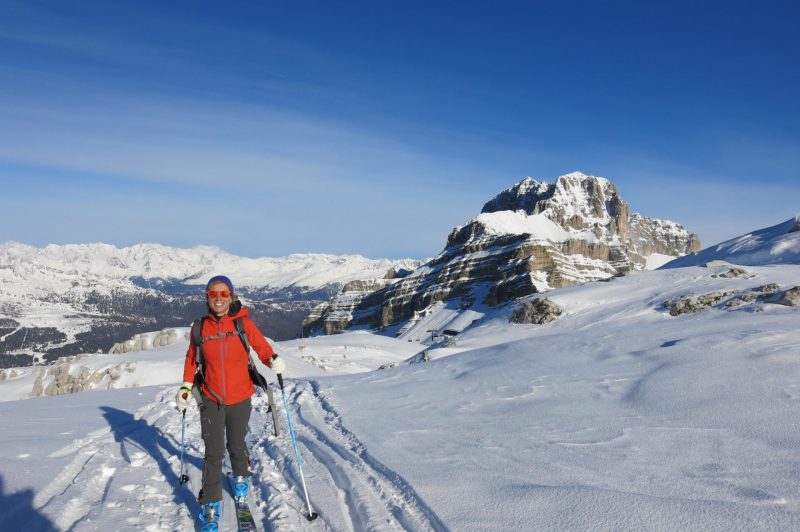 Do not forget to bring

Children must have parental permission 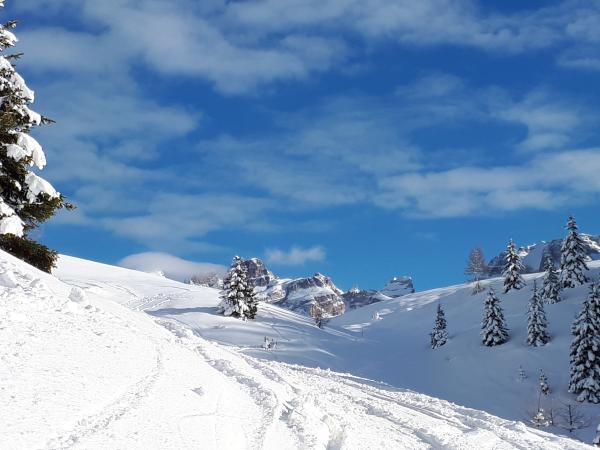 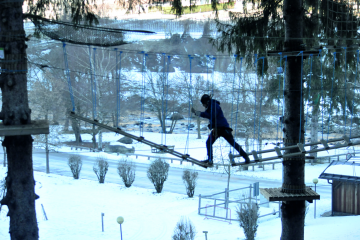 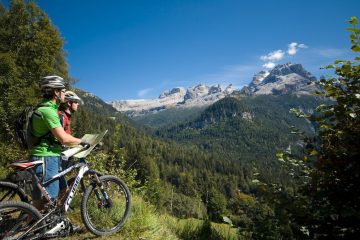 Rafting on the Noce River in Val di Sole, Trentino